In one way or another, we’ve all been there. Both in a good way and a bad way. 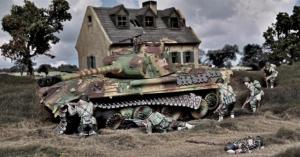 “Of course my first grader made this by himself! What are you trying to say teacher?”

Whether it be looking at the scale after the holidays or looking at your bank account after a night out of the town or taking a step back to see the 6′ × 7′ World War II diorama your 1st grader built “by himself”, there are some time-tested, battle-hardened signs that you may have gone too hard. A lot of times it takes some serious reflection to realize, “You know, maybe I will dial it back the next time.” That’s all well in good in theory. But does it ever translate treality?

When it comes to gambling trips,

You may see someone do this and think “holy shit she went WAY too hard”.

See we aren’t all Negative Nellys here at CasinoGuyReviews.com. This probably doesn’t qualify as TOO hard, but you sure as shit went after it. In one of those rare occasions when you leave the room looking to do some damage at the tables and (WTF!!!!) you actually did. Now unless you hit some high odds bullshit on Texas Hold ‘Em Bonus or High Card Flush or was luckily enough to go 8 for 8 on the greatest parlay of all time, you likely were playing at a higher altitude than the ole $25 blackjack table. Also let’s not kid ourselves, you have to take some risks to get that kind of white meat. You got lucky, and it’s OK to admit that. You bet more than you probably should have and it’s OK to admit that too. But you were on a heater and you took full advantage.

You sit there and you get paid out in the colored chips they keep under the glass. You stroll to the cage and they ask you for your social security number, ya know to ensure there is no money laundering going down. Or you win enough to get the W2-G from Uncle Sam right then and there. Bottom line is you walk with cash bundles still with the paper wrap on them straight to the club….no wait….straight to the room and open that safe.

It is a TREMENDOUS feeling. Not only do you have the stacks of high society in your pocket, but you theoretically have a story to tell for a lifetime. Being able to tell the story of the greatest 3 hour roll of all time or the $300 on black 33 (Basketball Jesus baby) is the best ancillary byproduct of going hard and heavy at the tables, of course if you can remember it (see below).

So number 5 was the positive side of the coin. Number 4 not so much. If you can’t figure it out, let me rephrase. You had enough money to put in a safe. Now you don’t. Using the safe isn’t for a few of grandma’s birthday cards saved up unless grandma was a Rockefeller. No no no. It’s for an amount that you felt if Carol the Cleaning Lady decided that she deserved to help herself to a tip, you would be in a bad way financially. All you can say to yourself is “F me” followed by lots of crying and eggplant emojis.

#3 – You have developed deep and personal relationships with your dealers, pit bosses, waitresses and other gamblers…

These are some of the hardest people in the world to get close to but you, YOU, are the belle of the ball with all of the them.

There are a number of possibilities here. You start recreate the scene from The Hangover pulling things out of your pockets, looking at your ATM receipts, cell phone history, text messages, club or hospital bracelets; anything that will help you recreate those moments that made you the Mayor of [insert town name here]. Are you an oversharer or just the best listener on the planet? Are you the Kid Rock of gratuity (ya know the big tipper with the big dipper) and just helped Jackie the Cigar and Cigarette girl pay for Cosmetology school? Did you steal a tiger from Mike Tyson? Again – What. Did. I. Do.

#2 – You rent a gold limo at 6:30AM to take you and all your new pals across the street when in fact you thought you were going much further away and a lot earlier. 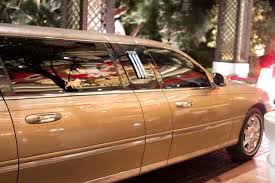 This one sounds pretty specific, but it’s a metaphor for a broader theme. You have no sense of time or space. Your decision making abilities are poor. You play a little fast and lose with your finances. All of these things fit the example above but are also a telltale sign you went to hard that night. The bright side is you are still out there, making moves, having the time of your life, making some new friends and hopefully not going bankrupt. The not-so bright side is where the fuck has your day gone? Where is your money? Who are these new people? When was the last time you ate? Who the hell knows. FYI, a limo to go from the MGM to Mandalay Bay at 6:30AM to eat breakfast still costs like $75….but big shout out to the driver nice enough to take 12 people in an 8 person limo a total of two tenths of a mile. This will also be the last time I let a 240 pound rugby player sit on my lap (see above decision making abilities reference).

No sleep. Not enough food. Maybe one too many cigars (or whatever else you are into). Too much sun. Way too much to drink. Nothing but moths in your pockets. We’ve reached the blue screen of death. You can press and hold the reset button all you want but we are too far down the path for that to make a fucking difference. Its a total system meltdown. Your body is failing. Stick a fork in you, ’cause you are D.U.N.

More often then not, this comes after a prolonged bender. For you young-ins, or those who like the booger sugar or a little A-Train with your coffee, we are talking 72 hours straight.

For us older folks, if you aren’t getting a solid 4 or 6 hours of shut eye mixed in to your bender along the way, system failure happens way quicker than that. It also will come after some other event that you usually don’t participate in on a daily basis, like a pool party rave or 36 holes of golf or a kick-ass bridal show (oh yeah, we are getting crazy up up in this bitch looking at veils and tulle). It’s all these factors rolled up into a recipe that will leave you in a puddle – drooling, falling over, puking on your shirt, pulling an Iron Sheik or a George Brett.

Example #1 – My first big golf and gamble trip was in Tunica, MS. We stayed at Sam’s Town Casino & RV Park – only the best baby, only the best. It was hot. It was humid. It was sunny. Beers on the golf course were like $2 each. Beers at the buffet were 20oz drafts and free.

Apparently the local wait staff can smell “Yankees” from a mile away and the service was so fast you couldn’t keep up with your waitress. “Get em drunk and watch the tips roll in”. By sundown of day 3, I was a mess. Rough estimates for that particular weekend include 36 holes, 125 lost balls, 5,000 beers, 12 casinos and 14 solid heaves up against a while panel van in the parking lot of the last place on the trip. I gave the keys to the rental to Wing Man #1 early that night (as rare of an occurrence as a Yeti sighting) and as we were walking in the parking lot to go back to Sam’s, I famously said, “My body is failing!” as I reached to hold on to anything in order to just let the demons out. I spent the ride back to the hotel with my head out the window eating air like a puppy and my two “buddies” laughing hysterically.

Wing Man#1 commentary: “Gotta say, “Famously said” is a little strong here. He was getting pummeled all weekend. On the golf course and the tables. We make fun of him to this day because of it. Like NO SHIT your body is failing. You just lost enough and drank enough today for the entire year. Something in his brain finally had the sense to tap out and say “No mas por favor!”. Thank god. That poor van too, man. Looked like a Jackson Pollack painting afterward, except with Bud Light and salted meats.”

Example #2 – For a recent milestone birthday, a crew of us stayed at the Aria in Las Vegas for a few days. Arriving on the mid evening flight is always dangerous. Especially when you stay up to see the sun rise. And when you go to the cabana all day that day and see the sunrise again the next day, you body will tend to revolt. There is a reason they tell you to work in a water when partying in the desert. What they don’t tell you is that you shouldn’t walk to the MGM for breakfast in the 100 degree heat when you should be in the fetal position in your air conditioned suite the next morning. What followed was a moment that still has legs in my circle of jackass buddies.

On the walk back from breakfast, Wingman #1 is starting to fall behind and sweat a little too unhealthily. All of a sudden he was quiet. He was no longer sweating and was stopping at all the street vendor kiosks to stand under their mist machines. The train keeps rolling forward but WM#1 is now starting to walk funny. And when I say funny, I mean picture George Jefferson walking into a room after opening another successful dry cleaning business – except kind of sideways, very pasty white and slightly off rhythm.

It’s like he was a paddling upstream without a boat. Luckily the end of this stream was the escalators heading above the Miracle Mile Shoppes. WM#1 says he is going to hang out for a bit. From what I gather, he spent the next 45 minutes “hanging out” in a Rainforest Cafe shitter trying to get his bearings back. I, on the other hand, rushed back to the pool where the other dinks were and proceeded to act out what I just saw. After getting off the ground from laughing at my imitation of the Heat Stroke Shuffle (I do a mean George Jefferson) as it would come to be known as, they asked, “Is he ok?” To hell if I knew. All I knew was I had to get back to my room so I could make my 8th visit of the day to Mr. Bedet, which at that stage is a painful and fiery dance with the devil. WM#1 was fine (thank god) in the end but not seen or heard from for the next 18 hours. The next day, WM#1 was fresh as a daisy and I was a living corpse. In the end, the Total System Failure saved WM#1 and he was the last man standing.