The Westgate, formerly known as the International Hotel and the the Las Vegas Hilton, was famous for lots of things. It’s where Elvis had a legendary residency. It’s where former billionaire owner Kirk Kerkorian drove noted whack-a-doodle Howard Hughes further into his recluse, long hair, piss jar saving craziness just by having a taller building. This new incarnation of the monster structure at “the other end of the strip” seems to stay busy.  But is it any good or is it just the spot that companies can host their conventions on the cheap? Let’s find out…

A couple new traffic patterns down at that end of the strip could be confusing for some folks who don’t drive down that end often (Exhibit A: Guy, Casino). We are still talking about the north end of the strip. We still have the iconic long winding driveway leading you to the promised land. We still have a very large parking structure/lot that if you have gout or a rock in your shoe, you are shit out of luck. We won’t even get into navigating the multiple corridors once you get into the place from the parking lot. Let’s just say, I accidentally walked through the emergency back exit of the buffet after coming out of what I can assume was a bathroom set aside for the shopping center workers….Yup I needed compass.

If you have never seen the Westgate, the gaming floor is VAST. It sits down a couple steps down from the front door so it looks even bigger (think the Hard Rock/old Taj Mahal in Atlantic City) when you first walk in. With that said, this place had everything. The old faithfuls with some twists and the new games were all represented. And I would be remiss if I didn’t mention the most famous gaming option – the sports book. The iconic Westgate SuperBook is exactly that – super. The high ceilings with walls and walls of betting options and TVs has every sports betting fan sitting there in awe like this:

That many women crammed into one spot could only mean one thing: flash mob (I could have gone a lot of ways there but this is a family show). I’ve seen a lot of things in my many trips to the desert (again family show) but I can definitely say that being stuck in the middle of a flash mob trying to play Let It Ride with a 3 Card Bonus was a 1st. FYI, the video below isn’t an example of A flash mob, it was THE flash mob.  Electrifying right?

The patron at the table next to me could not have been happier or angrier in her whacky brain. This gal, who was a spitting image of this guy below with all the sass you can imagine,

was hellbent on getting everyone to participate. When I say hellbent I mean verbally accosting people to get up and dance and give him/her a cigarette. It was a scene. Here you have hundreds and hundreds of little old ladies, conventioneers, Midwest suburban slot jockies thinking this is the coolest shit they’ve ever seen and then there was this dink ruining it for all within earshot.  Hell even my dealer wanted me to get up and dance but when she saw Ms. Congeniality trying to get her fix of nicotine and the Cha-Cha slide, she just put her head down and kept dealing my shitty-assed cards.

Yup, I got lost in the hallway near the shops and ended up in an employee bathroom I think.  With that said, I feel bad for the employees of the shopping area of the Westgate.  Either that I was in a handicapped, family bathroom.  In any event, try sending someone in more than once a week to empty the trash bin or make an effort to fix the paper towel dispenser.  Booo Westgate.  Booo.

Real tough to gauge with the chaos that broke out during the flash mob.  My dealers were fine.  The cash attendants were nice enough.  The crowds made it virtually impossible to get a drink in a timely fashion.  Were the servers busy dancing?  Were their paths blocked by these folks? 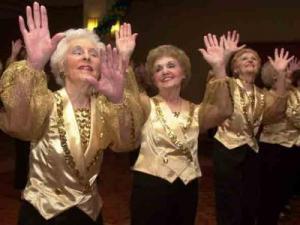 Did they go to all the way to St. Louis for a certain blue labelled bottled beer?  I am going to assumed they were blocked.  And my second dealer was so robotic and beat me so badly and so quickly, I had to do the wait of shame.  Ya know, you order a drink.  You go bust and have to leave the table but you can’t go too far because you don’t want to screw the waitress (oh, yeah and you need that beer).  Mrs. Terminator asks me if I wanted more while I wait….almost taunting me.  Okay, so she didn’t taunt me but in her militant North Korean voice, it felt like I was being provoked.

Wing Man #2 here….2 things that stuck out here to me – 1) The combined age of that flash mob has to be in the Guinness Book of World Records and YES I shook what my momma gave me a bit.  2) That dealer was a savage.  She loved watching Casino Guy tuck tail and wait for his few hundred dollar comped beer.

See above.  Not a lot to say more than what was said.  I will add that walking out of that mysterious bathroom and trying to get to the gaming floor, I also accidentally walked through the buffet which was MOBBED.  That many people sitting down to eat in one spot had to have been a good sign for the food because there are more than a couple dining options.  The space ship motif wasn’t my bag but oh well.

Tough one here.  I have a special place in my heart for this joint as it was part of my first ever trip out here.  But I never went back until after the rebrand and I have been out a lot.  Does that speak to something?  It might.  This place is no longer my preference however it gets the job done for a sizable niche out there – you know who you are.  And any place that can cram that much old school entertainment into one place (flash mobs, the Terminator, Sassy Man Ladies, and did I mention Barry Manliow is the resident headliner?) along with the mecca of sports books is fine in my book.

Official Casino Guy Rating: Two Pair – Queens and Twos – a serviceable hand that relies on a strong anchor (the SuperBook) and some gimmicks (who knew deuces were anything more than crap – bazinga) to help beat the also-rans. 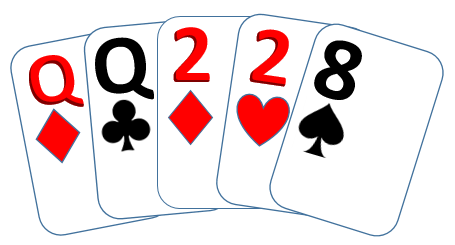